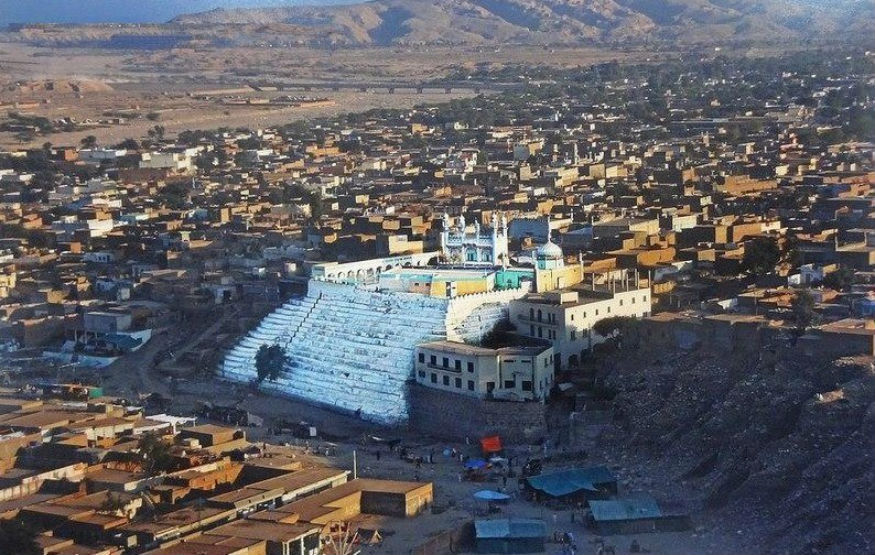 If you guys were not so urban, I would tell you of a festival like no other. Nothing like the ones you (sometimes) attend in your cities. I would tell you that people from different parts of Punjab, Sindh, and KP begin their pilgrimage 45 days before the festival.

Many weeks before the festival, they begin preparing for the pilgrimage. In their respective areas. They know when they have to leave. They know it will take long. Some of them — the ones from the furtherest region — have to take the lead and begin the journey first. They move along the set trails. People join. It becomes a caravan. This is just one caravan. There are more. Many. Each following the trail the people before them have been following. A festival is held wherever a caravan makes a stop. Many caravans in motion. Following many paths. Holding small festivals across Punjab. Imagine the scale. It’s a festival of festivals.

They all converge at a shrine near Dera Ghazi Khan around Vaisakhi on April 11 and the grand carnival begins. It’s the shrine of Sakhi Sarwar, known as Lakh Data in India. He was generous. Very generous. That Explains the names he’s been given by the people. But he was more than that. He is everywhere. Or rather that he made his presence felt and remembered wherever he went. People couldn’t forget him. I have seen his shrines — yes, many shrines — at remotest locations in Punjab. That doesn’t happen with every saint.

The man must have been loved and revered a lot too. Loved more. He’s—after all—the only saint Punjabi mothers often spoke of in their lullabies. We have lost so much of our folk literature but even then one can easily compile a book of lullabies that speak of Sakhi Sarwar. It has actually been done. There’s a collection of folk lullabies called Sakhi Sarwar di Lorian. That is significant. Making it into the folklore and than too in lullabies! You have to be very special for that to happen.

Those Who Went in Pursuit of Knowledge

The New Heritage Museum of Pakistan