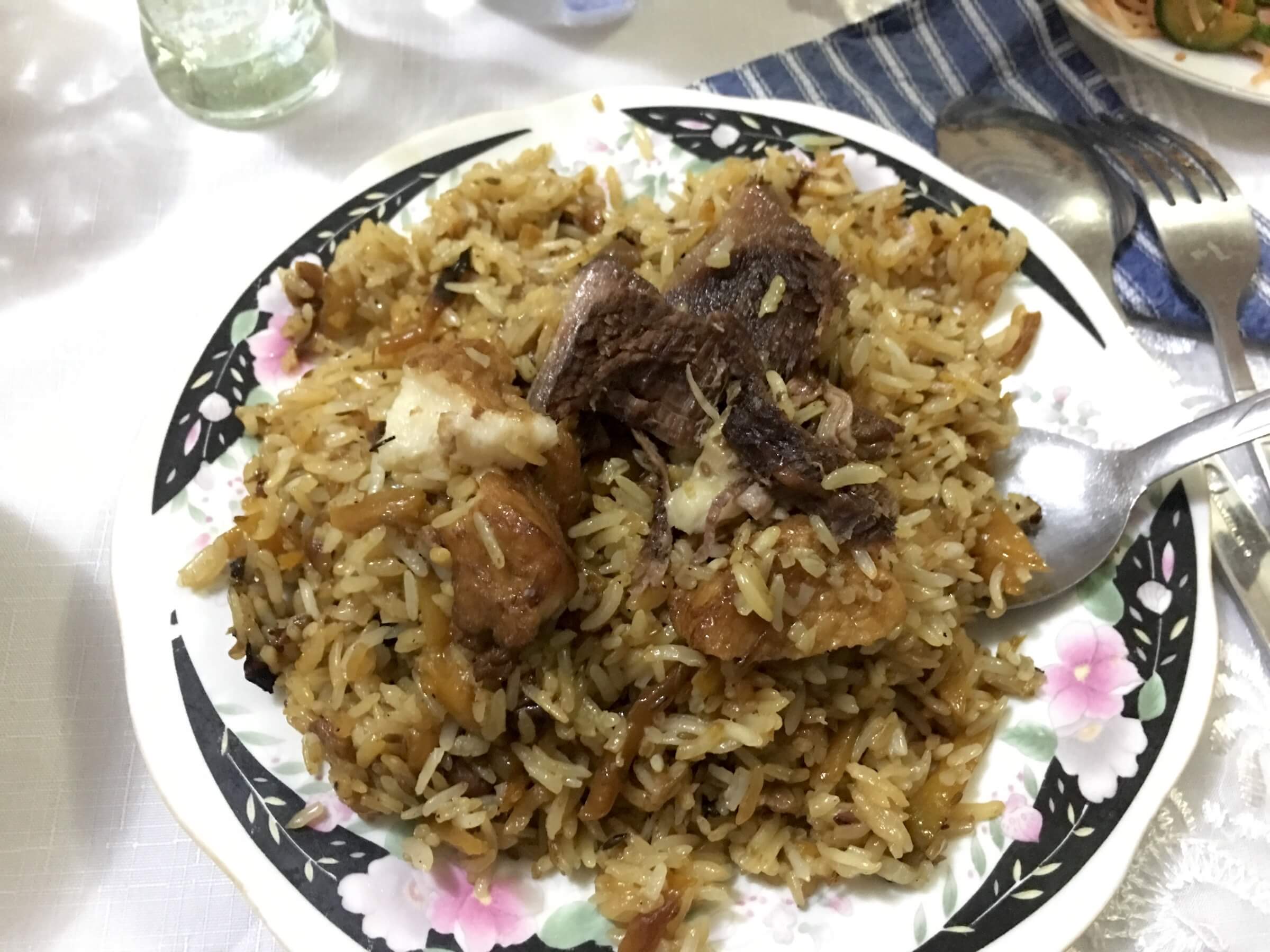 There are two ways to backpack across Uzbekistan.

1. You start at Tashkent and make your way to the west, one town at a time, taking day trips to places that are not on the main trail, and reach the furtherest city to the west called Nukus, base for taking a trip to Aral Sea, the now dead enigma of a lake that started disappearing without scientists having a clear clue about it. You then take a plane from Nukus back to Tashkent and do the same for the part of country to the east of Tashkent, the ancient silk and cotton hub called Fergana Valley.

2. You take a plane to Nukus, the furthest city in western Uzbekistan and make your way to Tashkent one town at a time and then go to Fergana Valley.

I did not want to do the #2 because frankly it’s a little frightening and because I first wanted to get a little oriented in the strange new country. Now that I am, I have found out that it’s not easy to get trains out of Tashkent (you have to book days in advance) so my only choice is to take that plane to Nukus. Having misssed the morning flight, I have chosen the 7:30pm flight which will land me arond 9:30pm and then I will begin my search for a place to sleep in a town that is not very touristy.

Having done the foolish act of booking an evening flight out of Tashkent, I was honestly a little worried about the prospect of having to find a place to sleep in Nukus, the furtherest city to the west in Uzbekistan, at around 9:30pm when the plane would land. I have done that once before during another travel and it was not fun.

Tourists don’t usually come to Nukus. Uzbeks don’t either–unless they have to because of work. Most travelers confine themselves to the big three of Uzbekistan: Samarkand, Bukhara, and Khiva. The few who do visit Nukus are the ones who want to see the corpse of a mysterious dead sea, which is not much of an attraction.

Nukus is only now getting a proper airport terminal, it’s under-construction, while the old terminal is more like a railway station of a remote town. And you get the same remote-town feeling when you come out of the airport. It is a picture of any railway station from a Punjab town where only an evening train arrives once a day: A dozen or so people waiting for their relatives, a few tangay-walay, and that’s it.

I ask one of those tangay-wala (an average guy who uses his car as a taxi) to take me to this place outside the city I had read about in a travel guide. It’s 9:30pm and I am not sure if it’s a good idea to go there. For a moment I think about going to this other hotel just across the airport. But don’t say anything and we continue to our original destination.

It’s indeed somewhat outside, on an unremarkable dirt road. The night has fallen and I can’t make how the building looks but I do see the name of the place and get out of the taxi and enter through gate and then the main door.

A young Uzbek girl welcomes me at the reception. She is all smiles for no reason. I ask her if she has a place for me to sleep? Of course, she says. 20 dollars, she says. The guidebook said it should be $10-15 and that you should always bargain in Uzbekistan. I should mention here that the experience of bargain is a pleasant one here. It’s not haggling. It’s just like they want you to make an effort. Just one time. And they would be all smiles and settle in the middle. So I get the room in $15. It’s a private room with a shower and AC. I can’t complain. “Room # 2 on the first floor,” she says and hands me the key.

As I am about to go, she asks if I have eaten anything and if I would like to have dinner? I did eat something in the airplane so I say it’s alright, I am okay. “We are about to eat, please join; It’s free,” says. “Sure, let me just go abhi.” I said running towards the stairs. Nature was calling me badi zor se.

After taking a shower I come back downstairs. The girl guides me to to the dining room. It has a long table full of eatables like a buffet. “Are other guests also coming?” I ask. “No, it’s just you.”

“Hain?!” I am sure that’s what my expressions said.

An old woman comes out of the kitchen next to the dining room and ask me if I would like black tea or choy, the traditional green tea. I choose choy (and God was I thankful that I did.)

The old woman is the owner of the hotel and the young girl is her daughter. The mother-daughter duo run this place and it was their aftaari that I was being offered. Salads, bread, a big thick naan, something like a paratha and of course plov — the Uzbek pulao, their national dish. I will tell you more about this, it’s available everywhere and people love their plov.

Now I am not very hungry but the old woman has just placed a big dish of plov and a hot kattle of choy in front of me. I know how much they love their plov and I don’t want to insult it by not being able to finish it. So I tell the girl that I may not be able to eat it all and if she could reduce the portion to maybe 1/4th? She looks at her mother and tells her what I was saying. I also look at her with miskeen si soorat. That’s when the old woman, giving me a dismissive maternal look, says (and I must tell you that nobody except my mother and my mother-in-law has said this to me): “it’s alright, you just eat [what you can, I will eat the rest].”

Sometimes you find a home in a godforsaken city in the remotest corners of a strange new country. 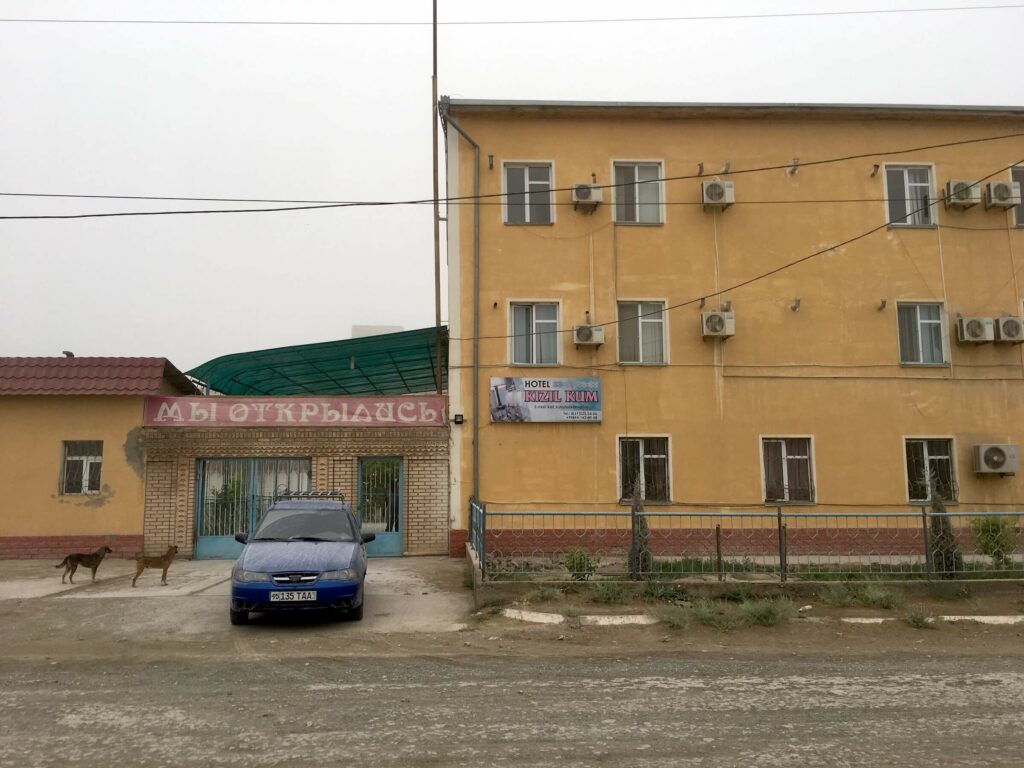 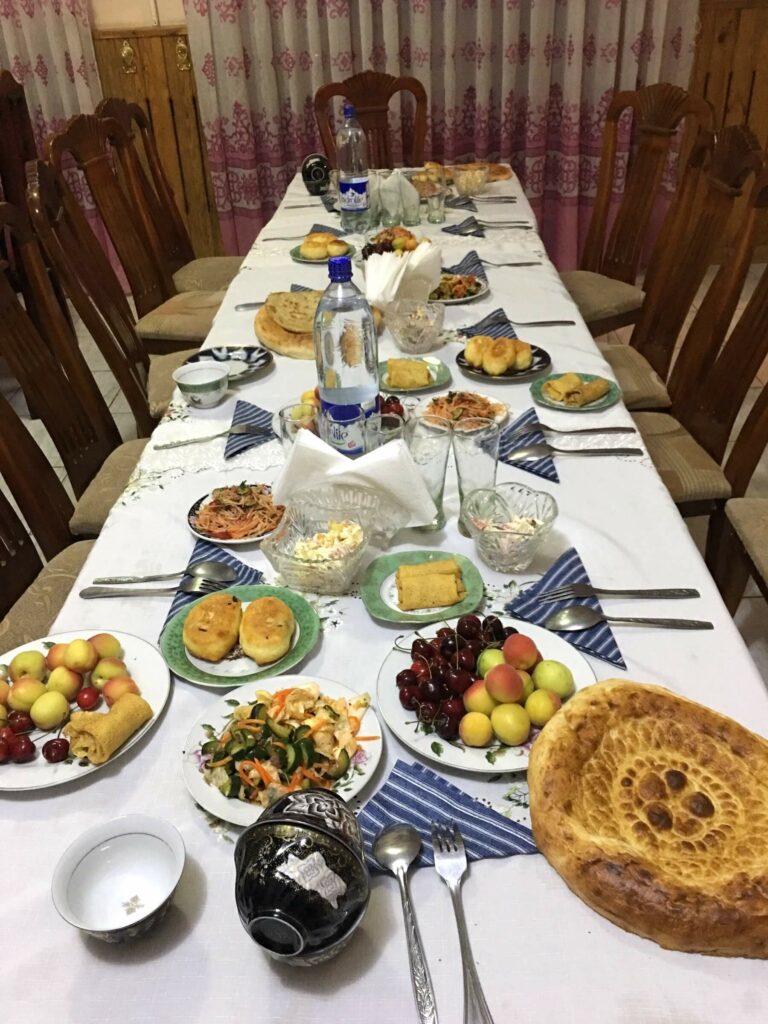 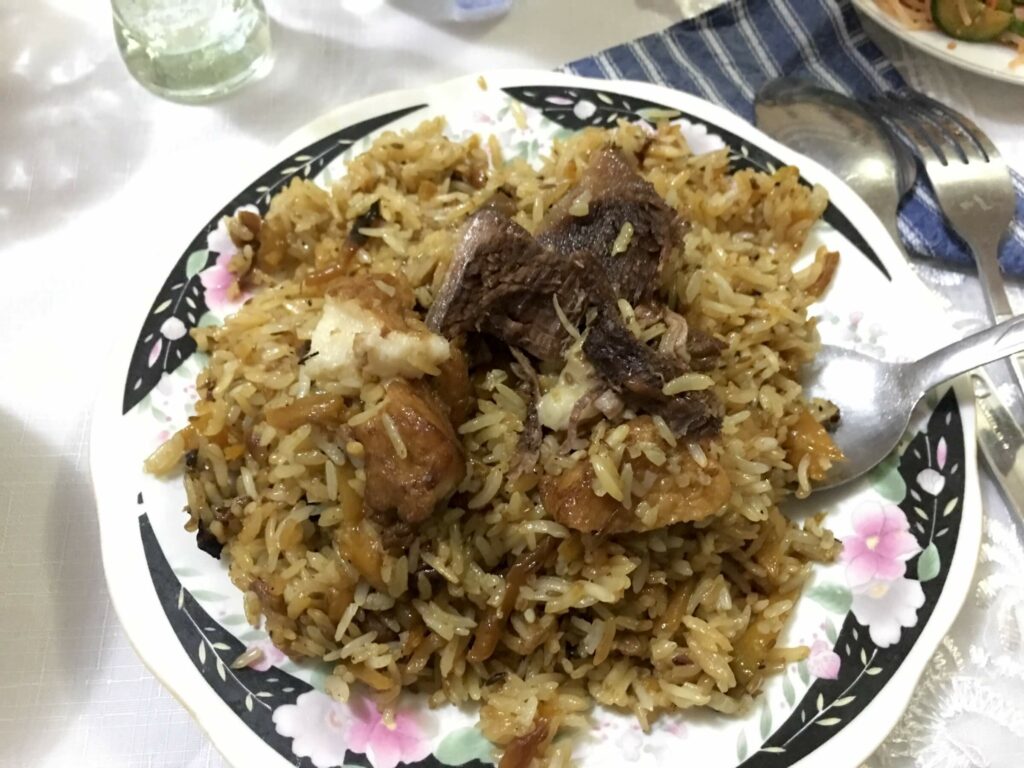 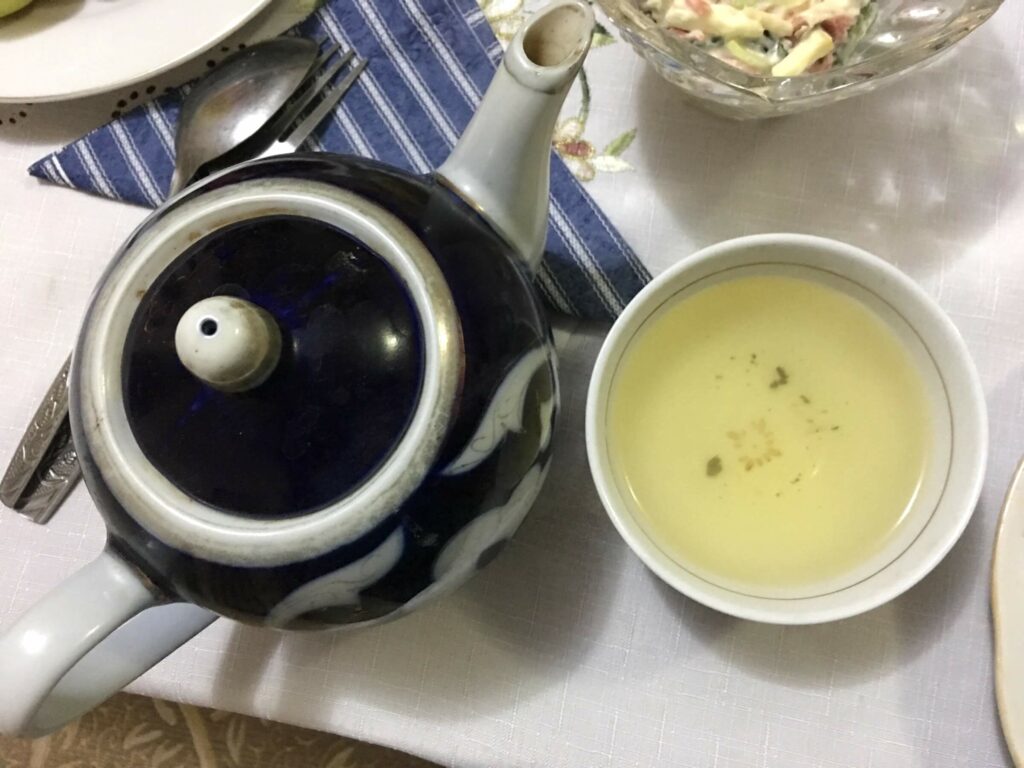 More Muslim Than Others
Uzbekistan: A Dead Sea Will Haunt You

I hate you man, these stories are killer, please do write them on paper, someday you will delete all of your stuff here and these will be lost. If on paper, maybe someday your kid or grandkid would pick them up and revive them or publish them “mere daade da safarnama”, there is something about these stories that can’t be told, only felt if you had that similar things in your culture, that is why all these countries I feel are my region, the culture closeness even though some speak russian, but you can always have intersections and they aren’t at all small. Except for the background I don’t like this new look, it doesn’t put content at center, and why still wordpress, go jekyll or pelican, maybe basically-basic or so-simple. 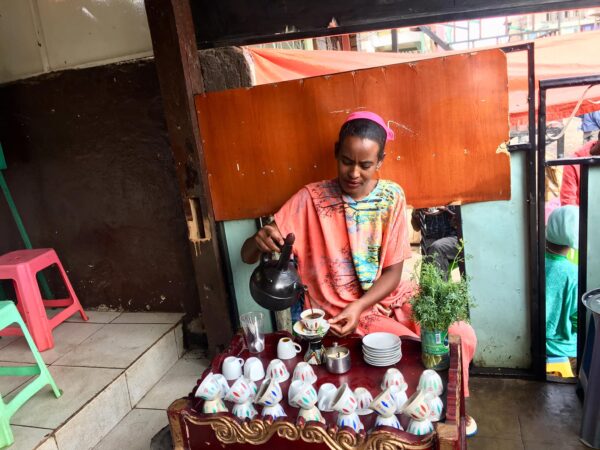 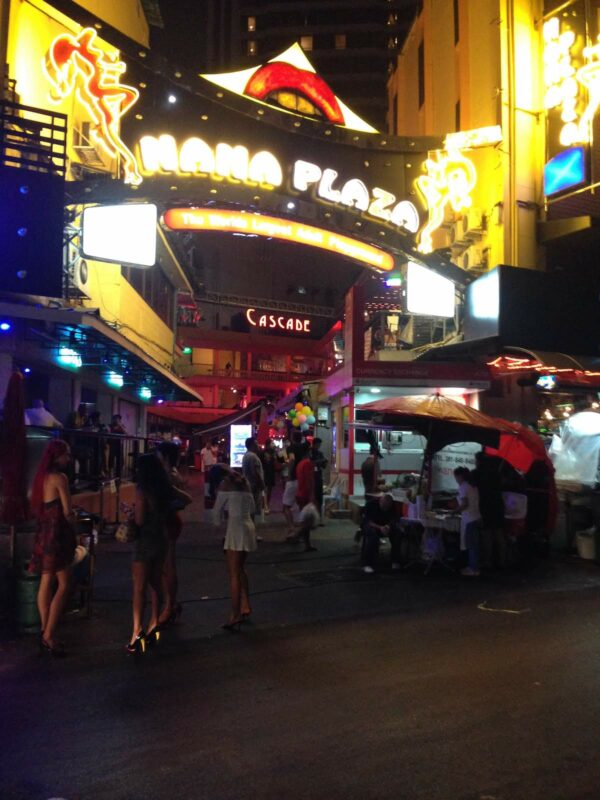 Thailand: My Two Cents on Bangkok

Malaysia: A Day in Langkawi

Nepalis Are Too Nice For Their Own Good