“I asked him to demand less advance on rent because people can’t really pay much upfront,” that was my grandfather telling me about his interaction with the guy who manages the financials of a house in Kasur on behalf of an uncle.

The manager, who also works at a bank, asked my grandfather in a tone the ‘educated’ people take when they want to shun an argument: “Tusi kinna parhay ho?”

That’s when I intervened, “What! You know Gurmukhi?”

“Yes, I learned it from a cobbler,” was his reply that demanded further explanation which followed without I having to ask: “It’s the story from before the partition. He was singing something from a page when, passing by, I remarked: I can recite it better had I knew how to read.”

“‘Why not learn?’ asked the cobbler but I told him it was probably too late, I was already 18. ‘No, it isn’t,’ he said and asked me to bring some sand. He then taught me how to write the letters. We didn’t have pen or blank papers to practice. Sand was my tablet, index finger my pen. He taught me all of it: oora, eera, eeri, sassa, hahha. Long story short, within a month I was able to read Gurmukhi text.”

“And numbers up to a hundred,” he added after a while. 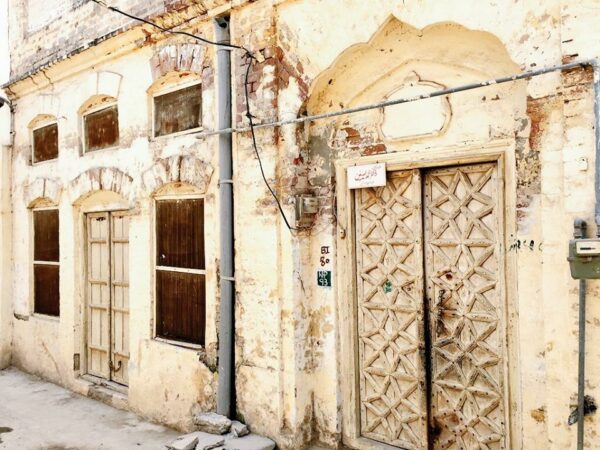