After a crazy night at a reggae club in downtown Nairobi and sleeping till 11 in the morning, I checked out of my hotel at exactly 12pm with no ideas about what to do next. I only knew I had to get up and see the Kenya beyond Nairobi.

After spending the next hour in a park deciding where should I go, railway station and bus services were checked out and a ticket was purchased to the coastal town of Mombasa — which serves as the base to do the beech thing or visit the various tribal villages scattered along the coast north and south of Mombasa. I wanted to do the latter.

The bus was to leave at 10pm, it was only 3pm. I had 7 hours to kill. I had my lunch and walked some more in the “dangerous” downtown. It’s a lively neighborhood, you just can’t get bored around here. So the 7-hour waiting time passed rather easily.

The bus was to take another 8-9 hours to reach Mombasa. Having spent the whole day walking in the city, I had planned to do nothing but sleep in the bus. But before I could do that, the driver put a bollywood song on: “papa kehte hein bara naam karay ga, beta hamara aisa kaam karay ga.” That was pleasant to hear.

Then I went to sleep.

When I woke up around 6 in the morning, the bus was yet to reach Mombasa, the sunshine had started trying to make an appearance out of the dark, and the speakers were playing: “chhor de sari dunya kisi ke liye/ yeh munasib nahi aadmi ke liye!” Uff. 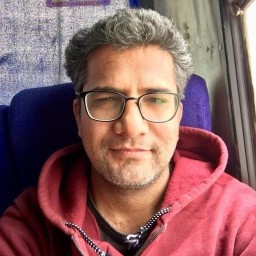