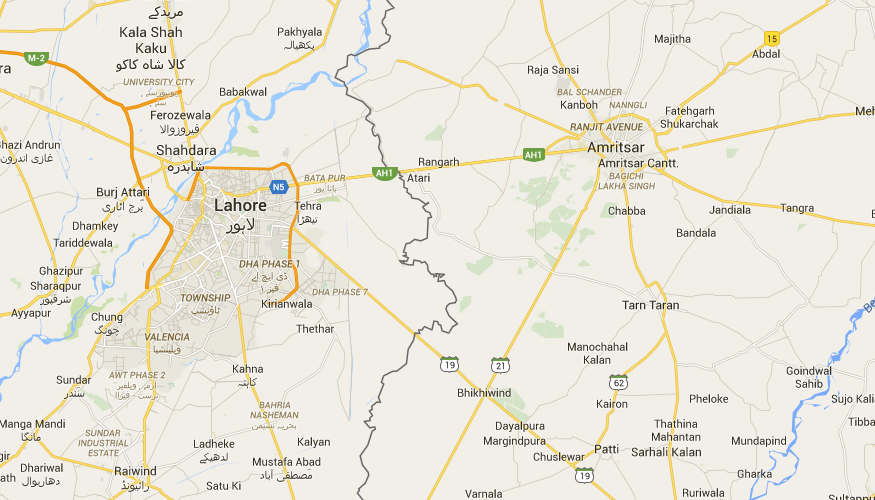 My father and I were talking about his recent trip to Indian Punjab when I asked him if he spoke to the people there in Punjabi. We were talking specifically about the policemen who accompanied him wherever he went. He replied that they speak very fast and with a different accent and that it was a bit difficult for him to comprehend them at times.

“Oh, it’s not that difficult. They just combine and shorten some words like kara’taa instead of kara ditta. And they say j instead of the z sound. And sh instead of chh like pishaaN. And…” I went on and on. Just stopped short of telling him where did I learn all that from ;)

Being from East Punjab and having lived in several places our of India, I had on several occasions met several Punjabis from West Punjab. I had no problem communicating with them. In fact I could open up with them better than any of the folks from my own country, excluding may be Punjab. I belong to the southern Punjab and the Malwi dialect is different from Majhi in several ways. But I m aware of the major differences n able to reconcile with those quickly. I must underscore that most of those folks that I worked or interacted with were not compeltely rural. But I am sure I will still get the gist of what is meant even if they were completely rural.
I would expect the south-east of West Punjab probably having a dialect close to mine, e.g. Qasur being close to Ferozpur might sound similar. What’s ur take on it?
Rab rakha,
Jaskiran

My First Day at Hospital

My experience with coronavirus so far

Where do you see yourself in 5 years?