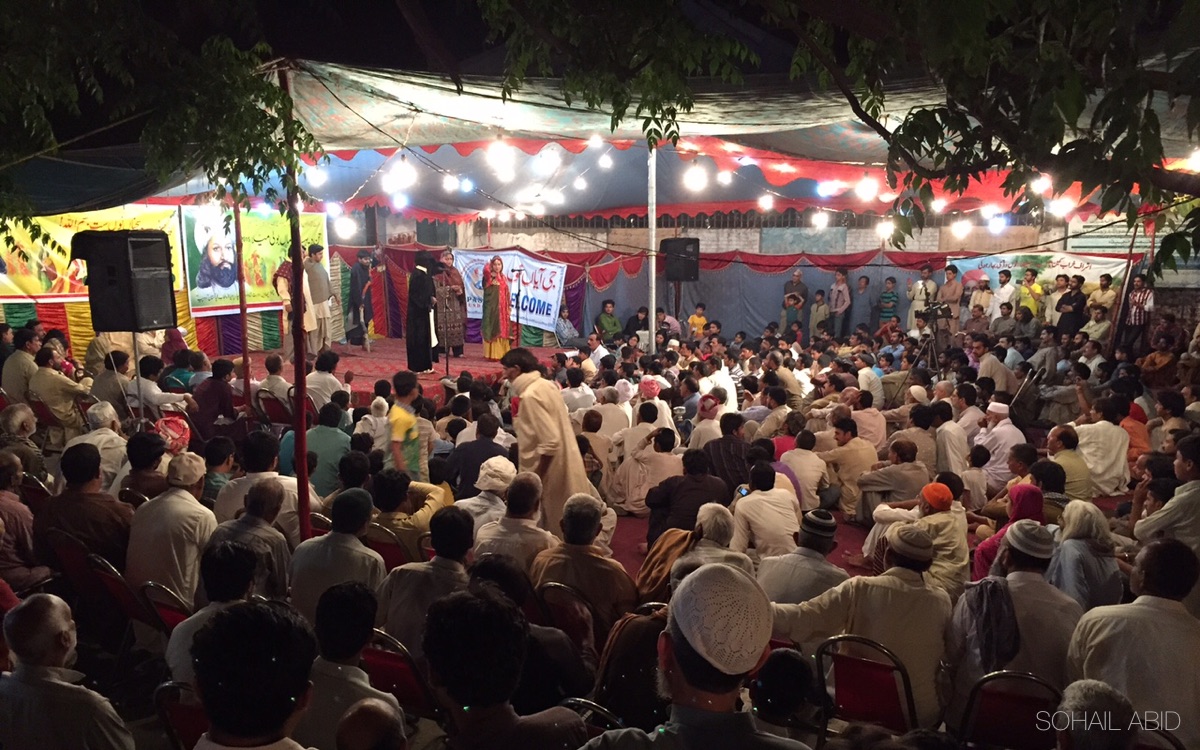 Outside the old city of Lahore, along the road to Amritsar, there is a neighborhood called Kotli Abdul Rahman. Now a part of Lahore, it once once used to be a village on the outskirts of the city, among the many farmhouses. It was the Bedian Road of the pre-partition era, you may say. Except that the people who had land there preferred to have gardens and called them Baghs instead of farmhouses. Lehna Singh da bagh, Muhammad Afzal da bagh, te Birj Lal da bagh. Among all these baghs were a few villages, and Kotli Abdul Rahman was one of them.

There was a banyan tree in the middle of the village, as old as the village, maybe even older. And like all our banyan trees, it was a platform for the people and for their gatherings. An open-air town hall. So much that it got the title of a ‘takiya.’ Takiya of the banyan tree, Bohr Wala Takiya. (Takiya is a word for just that, a place where mehfils can be held.)

The village has turned into an urban neighborhood of Lahore but the banyan tree still stands.

Every year, a few people hold a festival dedicated to Waris Shah under that tree. His poetry is sung, his scenes are enacted. Yesterday was that day. Heer Ranjha was staged. From the first night Ranjha spent at a mosque after leaving his homeland, to having to beg for the passage from Luddan the boatman, to sleeping in Heer’s garden, to the blossoming of their love, to Heer’s forced marriage, to becoming a jogi, to arriving at the village of Heer’s in-laws. Directed by the veteran Punjabi street theatre director, Huma Safdar​, every scene was worth-seeing. A few of the scenes were staged with the verses being sung in the background by the talented Ayesha N Ali​. I especially liked the enactment of the playful “Mehn hove dopehar te aave Ranjha” scene. It was beautifully done.

The audience was local, the people of Kotli Abdul Rahman, the people of Baghbanpura, the people of Lahore. There were babay in dhotis, there were kids glued to the stage. Most of us were sitting on the ground. Right in front of me was a group of four old men who had brought their own huqqa and were taking turns at it, like it is done.

Flowers in Full Bloom
The Tree That Used to Cry

Because straight answers are just too mainstream