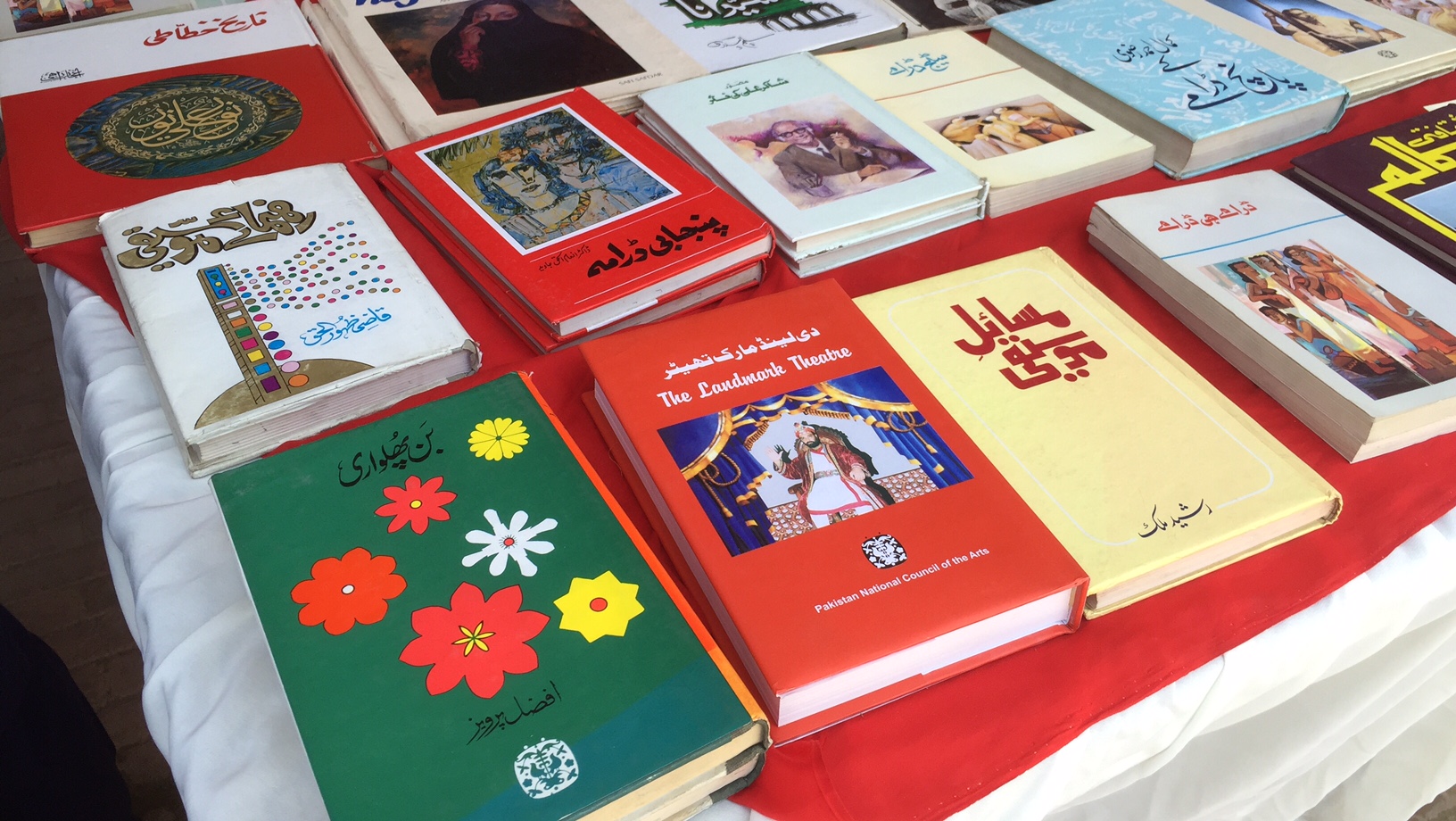 Look at the photo above. From a coffee table edition of Bashir Mirza’s paintings to a history of calligraphy to an overview of Punjabi plays, these are all great books. But look at the one in the bottom left corner. The one with flowers on the cover: Bann Phulwari. Flowers in Full Bloom.

Compiled by Afzal Pervez, a musician with Radio Pakistan Rawalpindi, and his wife Razia Pervez in the 1960s, it’s a collection and study of Punjabi folk songs from Pothohar. Self-heard, hand-picked folk songs. From the mirasis and the hijras. From the men and the women. From the elders and the kids. Because the women of Pothohar wouldn’t agree to sing in front of Afzal, Razia would do that part.

Post-partition, not many people have done hardcore field-work to preserve our folk literature. Specially not in this part of Punjab. Afzal Pervez’s work is one of the few exceptions. And is highly regarded by the fellow researchers of folklore here in Pakistan.

I had seen this book when I was a kid. In my father’s library perhaps. But when I actually got interested in the folklore about 8 years ago, there was no sign of this book anywhere. I asked around but everyone said that the book, printed about 3 decades ago, was not going to be found anywhere but at an old book shop. They were occasionally visited. But in vain.

Where was this picture taken, then? It’s a long story. There’s this girl who writes short-stories and reads about the Jogis. A lot. So much that I often just ask her when I have to confirm something. We sometimes meet to exchange books, ideas, and glances. At unusual places. A good-old garden. Under a tree. Such hipsters we are. And, like the plan was yesterday, at Lok Virsa—the Institute of Folk Heritage. She was to show me a book in their library that chronicles a journey inside Sindh, much like the one I want to attempt this year. But there was a festival going on there. Music, dances, and handicrafts. From all over Pakistan. It was in that festival that I spotted a little book stall by Pakistan National Council of the Arts. And there it was. Bann Phulwari. Flowers in Full Bloom.

Its written in Shahmukhi i guess fro the cover. I would be grateful if you could translate a few songs and stories in english for those of us unfortunate enough not to have the ability to read in said script and or have access to such treasures.

Where do you see yourself in 5 years?