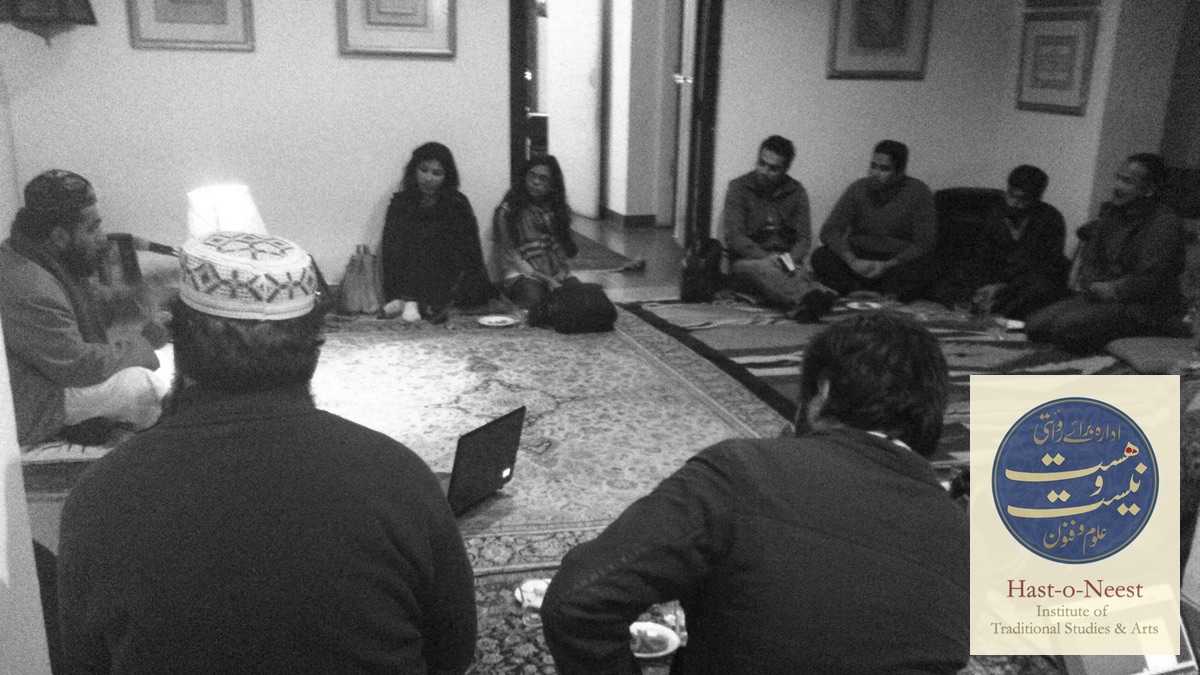 Aadarsh was here yesterday. For the second weekend in a row, I should add. He came last weekend for Lahore Literary Festival, we made a few walks in old Lahore after the LLF sessions, and I think he liked what he saw. Why else would one travel two weekends in a row to a city hundreds of miles away? Not just for lassi, of course.

We went to Hast O Neest an old house in a calm neighbourhood of Lahore providing space to the seekers—of art, literature, music, and wisdom—with open arms. Literally. It’s a modest one-story structure surrounded by a small garden in the middle of the plot. All its doors—along the sides and inside—are kept open at all times. That gives it plenty of natural light and air. But I think there’s more to it. To say that this is an open space. You enter, you learn, you leave. The doors are many. And they are not shut. That was a significant first impression when I went there a few months ago for the first time. The duo that runs the show, Taimoor Khan Mumtaz and Uzma Mirza, are two of the most humble and soft-spoken people I have ever met. Friendly, inviting, and open.

They started with a clip of Ustad Fariduddin Dagar, the master musician of the Dhrupad, the oldest still-in-use tradition of Hindustani classical music. I told them the story of how once, zindagi se tang aanay ke baad, I got myself a hut in a remote Thai hill town and heard a man, Matias Carballido, play tabla in the hut next to mine. We became friends and he introduced me to one of the most majestic bhajans I have ever heard. It was by Fariduddin Dagar. It was beautiful that Fariduddin Dagar was the first person they chose to play at Hast o Neest. I promised them that I’d bring along that particular performance of his that Matias and I used to listen to in our small huts in that remote Thai town.

The event went technical from then onwards. It was for musicians after all. We were, to quote the popular slang, n00bs. At one point, Taimoor even smilingly said, “aapko tau neend aa gayi!”

We met a friend of Chintan‘s there, Fahad, a very jolly guy but also a die-hard fan of Iqbal. Some comments on Iqbal were exchanged, which I am not sure he liked. But worry not, Fahad, this disagreement leaves us room for detailed future conversations. The world wouldn’t be so beautiful if everyone liked the same things.

At one point, during the post-session gup-shup, Aadarsh was telling a few participants about Shah Latif’s poetry and how it refrains from giving moral lessons. “So you mean, Shah Jo Risalo doesn’t give direct moral advice? Yeh karo, woh na karo nahi hai us mein?” I asked. “It wouldn’t be great poetry if that were so,” a girl responded. “Allama sahab bhi tau yehi kartay rahay hein,” I said with a grin. She laughed. It turned out she works with some International Iqbal Society.

The street where Bibi KaulaN once lived

The half-open window has fallen off 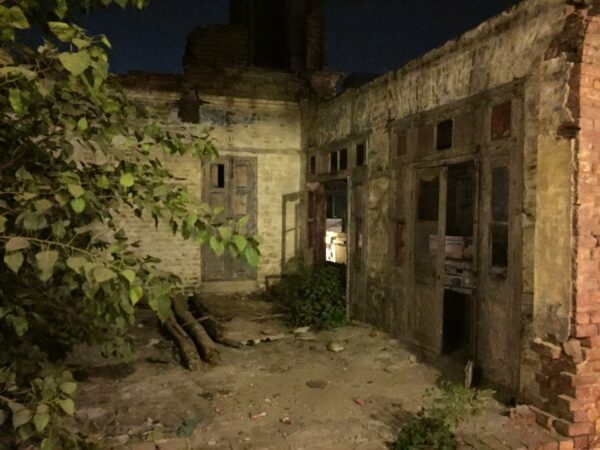