When I was a child, for a few years I was a neighbour of Baba Farid — head of the Chishti sufi order at his time, mentor of Nizamuddin Auliya, and one of the first and finest Punjabi poets.

After the forced displacement of 1947, my grandparents came to the only town of the new country where they knew some people – Pakpattan. Hundreds of years ago, Baba Farid had also come to the same town, then called Ajodhan. We were made to leave our village in Patiala, he exiled himself from the city of Delhi. We were centuries apart but something was common; and a lot more was going to become common later.

His grave is located at the top of a hill in Pakpattan. I could see him from the roof of our house. Little did I know who he was. My nani used to take us there. It was fun. For me and other kids, he was “makhanon wala baba.” People would come to his shrine and distribute these little white candies called “makhanay” among other visitors. Kids would naturally get special treatment.

He made my childhood sweet, his poetry keeps my youth mellow.

As my mobile sees me 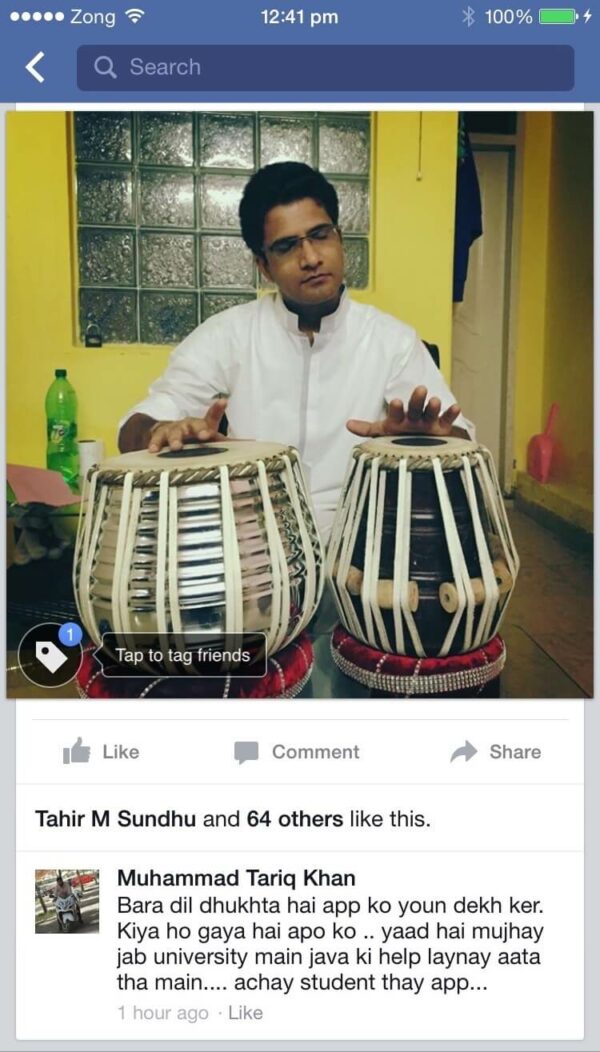