Thanks for sharing this – looks cool and says it all –

hey it was really funny..
i really enjoyed it..

There can’t be a theory without the hypothesis. Ideas give birth to hypothesis.

The flowcharts are absolutely logical.

Every morning when you wake up and ask your almighty powers – I would like to ask all who question and want to contest science and faith – for a successful day, where would you put it: as a matter of science or faith.

Theirs is a very famous joke; I had heard when I was growing up, about faith and science.

I will put it up here for future visitors:

‘WE ARE’ is both science and faith. Sanity does not allow a rational mind to contest science or faith.

Science limits one with boundaries. From 3rd dimension, we have moved towards researching of a 5th dimension.

All new discoveries- As faith has it, are like unexplored multiverses- with faith, believe, time and patience become science.

My analysis: Faith leads to science.
If you believe in God, you have to believe in the devil as well.

@ Ruchika: Not everyone asks almighty powers for a successful day when they wake up.

And it seems you are mixing generic faith (belief on statement(s) that does not rest on logical proof or material evidence.) with ‘hypothesis’ (a statement put forward as a supposition, rather than asserted. a hypothesis may be put forward for testing or for discussion, possibly as a prelude to acceptance or rejection.)

With all respects, please don’t say that faith leads to science. Its hypothesis that leads to a scientific theory.

amazing. liked that. would we see more grids like that?

Absence of evidence does not mean evidence of absence.

thanks for sharing sohail bhai.

Well, That is a very good and detailed depiction of the difference between the scientific method of enquiry and the faith based belief system.
I think the flow charts are so completely show the picture that nothing remains to bes aid on the subject.
Wonderful! whoever came up with this idea.
And thanks Sohail for sharing with us.
TC

@ Maxima: There is no evidence a golden spoon is NOT revolving around Earth. But as you say “absence of evidence does not mean evidence of absence”, so it might exist but we just cant start believing all things that have no evidence.

So my dear “Absence of evidence does mean its likely that the thing in consideration doesn’t exist.

@ Umair: you are welcome brother…

The flowcharts are pretty good. I would like to include here that science is in fact an act of faith. What do we believe in when we are putting up a “Hypothesis” ? We believe or have faith in the orderliness of this universe altogether . Doubts ,questions and searching for evidence is a pretty natural process and is in fact a healthy one as well. When we “IGNORE” the voices that pinch our mind in our way to “Keeping an Idea FOREVER” we cease to grow and learn about ourself. Though i believe that Faith is something that tells us which sometimes our senses denies, it doesn’t mean it contradicts the science of sense but rationally thinking IT is above them.

God bless you All

Well most of us will agree on the fact that religions or faith has nothing to do with peace. Come on! It’s been about thousands of centuries that religions have been claiming to be the ‘well wishers’ of the humanity! Everyone knows… The extent of blood shed and tyranny that happened in the name of faith.

How does the faith operate? To believe in something we believe that our belief is true. And hence that something becomes obvious to us as we believe it is true! And for this one needs neither evidence nor reason… but the unseen voices of “mind and heart”. And one names one’s faith in that something as “faith in the unseen”. It is just like the fact that one picks up a statement in which it has been written that “I exist” and one says, oh yes! Something is saying himself that “I exist” so it must be existing.

On the other hand, scientific method deals with the evidence and reason. And it has nothing to do with the blind faith. Science says that rain comes from clouds because of the fact that air masses acquire moisture on passing over warm bodies of water, or over wet land surfaces etc. And faith says that something or someone is causing the rain and holding the clouds.
Ridiculous!

“Knowing something actually and pretending to know something” there is a great difference in between.

Actually evidence means “correct evidence” not “assumed evidence” or evidence based on illusions.
In response to the quotation, “We do not believe in immortality because we can prove it, but we try to prove it because we cannot help believing it”

Against the faith in unseen Bertrand Russell had left a strong argument i.e.

“If I were to suggest that between the Earth and Mars there is a china teapot revolving about the sun in an elliptical orbit, nobody would be able to disprove my assertion provided I were careful to add that the teapot is too small to be revealed even by our most powerful telescopes. But if I were to go on to say that, since my assertion cannot be disproved, it is an intolerable presumption on the part of human reason to doubt it, I should rightly be thought to be talking nonsense. If, however, the existence of such a teapot were affirmed in ancient books, taught as the sacred truth every Sunday, and instilled into the minds of children at school, hesitation to believe in its existence would become a mark of eccentricity and entitle the doubter to the attentions of the psychiatrist in an enlightened age or of the Inquisitor in an earlier time.”

Dawkins develops this argument a little further in his book Devil’s Chaplain that:

The reason organized religion merits outright hostility is that, unlike belief in Russell’s teapot, religion is powerful, influential, tax-exempt and systematically passed on to children too young to defend themselves. Children are not compelled to spend their formative years memorizing loony books about teapots. Government-subsidized schools don’t exclude children whose parents prefer the wrong shape of teapot. Teapot-believers don’t stone teapot-unbelievers, teapot-apostates, teapot-heretics and teapot-blasphemers to death. Mothers don’t warn their sons off marrying teapot-shiksas whose parents believe in three teapots rather than one. People who put the milk in first don’t kneecap those who put the tea in first.

(my apologies to readers.. if the posts were lengthy)

Oh Sohail, Sohail, Sohail,
I cannot believe that someone as educated as you, does not believe in GOD. Wow!
I recommend that you read this article entitled:”Miracle of the girl whose liver transplant changed her blood type”. You can go to google, and type in her name which is Demi-Lee Brennan, and then you can see the evidence of how Faith really works. This was on the international news recently.
Regards,
and take care
lili

@ Lili: What can I say here. I searched and found the news but I think it is not related to what we are talking here.

I found Lili Matteen’s comment funnier though “I cannot believe that someone as educated as you, does not believe in GOD. Wow!”

There is some irony hidden somewhere in that statement ;) 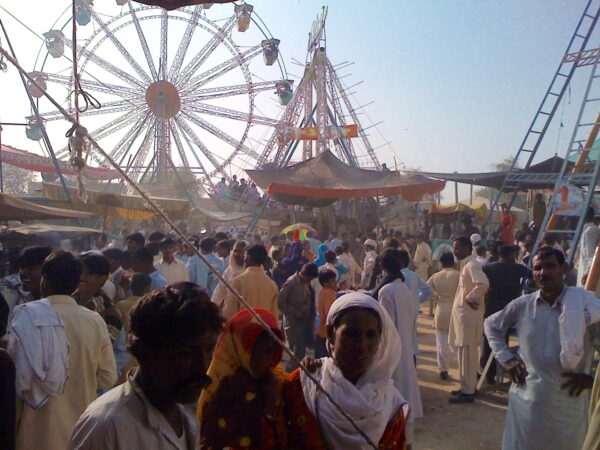 What Sufi Festivals Mean to the People